Hello pepper people, yes, I am still alive (and spicy).

Its been a while, but all is good.  The peppers are doing well, and I’ve been making alot of hot sauces and pepper jelly.  I’ve also found a new trick to help me store peppers:  I keep a mason jar with white vinegar in the fridge, and as I harvest peppers I chop them a few times and throw them in there.  This both preserves the peppers and gives a head start to a new batch of hot sauce.  A simple sauce recipe would be to chop a couple small onions, a few cloves of garlic, add the mason jar full of peppers and vinegar, and then cook them down over medium heat for about 30 minutes.  Then take an immersion blender and puree, after that you can strain the bigger pieces out, put in a mason jar (or and bottle, I use old whiskey bottles) and keep in the fridge. Thats it!

Here are some pictures of my lone Scotch Bonnet plant, it was a late bloomer, but I’m finally getting some ripe pods!

And here is one of my 7 Pot Jonah plants with an interesting pod, it has a nice stinger!  Some have little tails, but this one is the sharpest and most pronounced.  A prized pepper indeed.

That’s all for now, thanks for reading! 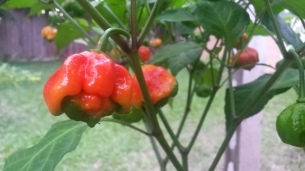 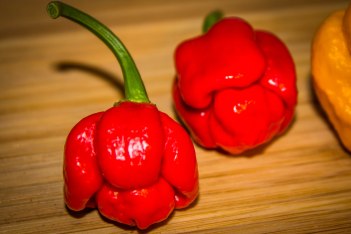 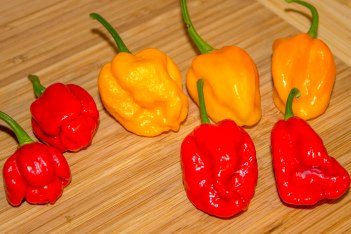 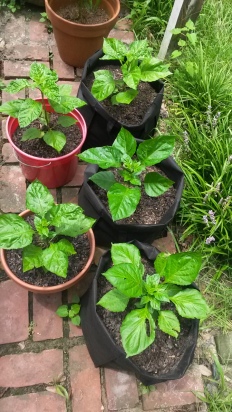 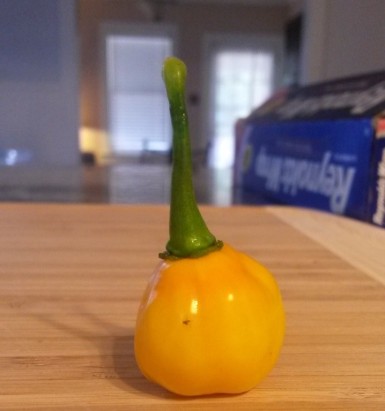 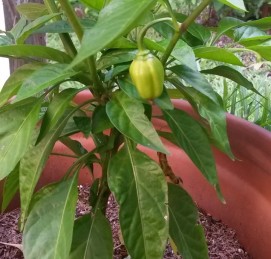