It has been a long time since you have seen an entry, and I apologize.  It was a long winter, but spring is here and summer is on its heels.

The reason for creating was this blog was to document the process of growing Trinidad Moruga Scorpion Peppers from seed.  In this pursuit, I have failed.  The main lesson to learn here:  Do not buy seeds from Amazon.com, buy them from a reputable seller, such as pepperlover.com

My previous post was filled with excitement at he appearance of pods.  The following weeks saw excitement replaced with embarrassment.  Much like the anecdote of the wrong color baby being delivered at a hospital, I soon discovered these peppers were not the spicy offspring I was hoping for.

The peppers were yellow, I was expecting orange or red, and not the shape of a scorpion pepper.  I tasted one, it was not spicy at all, maybe a hint of heat, but less than a jalapeno.  I was crushed.

The winter was long and hard, with alot of bringing the plants inside and outside.  I did my best to care for these bastard plants, but only one survived.  I will keep it alive as a painful reminder.

Now it is time to move on, a new growing season is here, and here’s to hoping its bounty is rich, and spicy.

I am going to try some other vegetables this year, in a better spot in my yard than last year.  Last year’s plot only got 4-5 hours of sun at best, another lesson learned.  I am growing tomatoes, cucumbers, green beans, and bell peppers in addition to the existing pepper plants.  The current pepper population is as follows:  Cayenne (2), Jalapeno (1), Bastard Scorpion (1), Carribean Red (1)

I picked up the Carribean Red at a local nursery, they are supposed to be as hot or hotter than a Habanero.  I am also going to order some Naga Morich seeds from pepperlover.com now that temps are up in the 60s at night, which is needed for the superhot peppers.

Thanks for catching up with me, below are some pictures, old and new

This is what the newly dubbed Bastard Scorpions looked like when ripe: 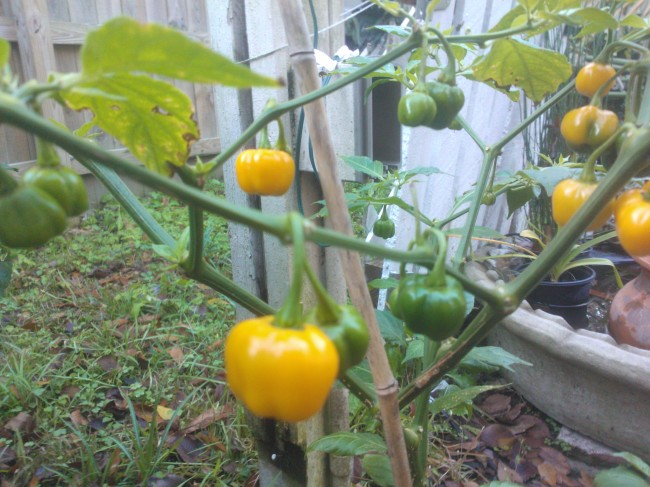 This is the newest addition to the peppers, a Carribean Red: 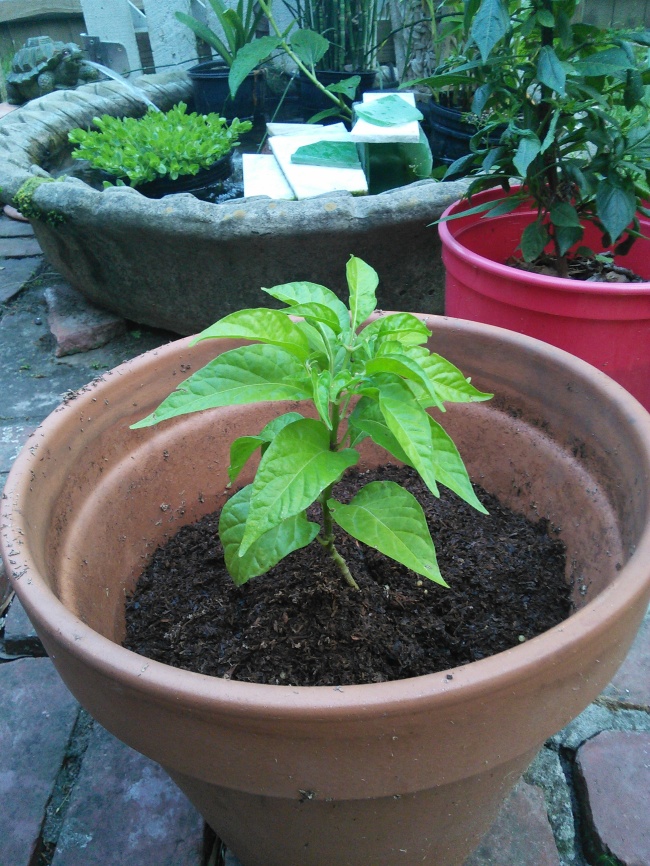 Here you can see the original bunch from last year.  Left to Right, starting with the red bucket: Bastard Scorpion, Jalapeno, Cayenne, Cayenne

Also on the left, behind the fountain, you can see how hard the winter was on my Philidenderon.  They died all the way down to the roots but are sprouting back from the bottom.  This was a blessing in disguise as it opened up some prime real estate for the new vegetable garden.

Here is that new plot, I’ve got tomatoes, cucumbers, and bell peppers here.  I have a small bean farm behind my fountain, which is a  great spot because it gets alot of sun and I already had some lattice there for support.

I grew all of these veggies from seed, they sprouted much faster than the peppers last year:

I’ve also added some flowers here and there, this is a totally new bed: 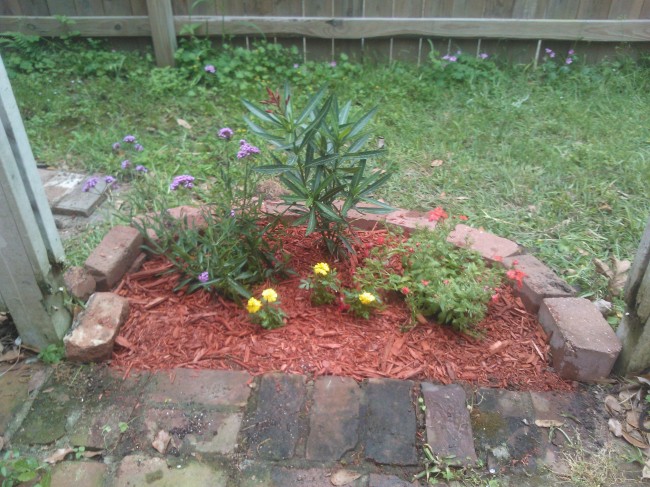 A transplanted Iris bloomed!  This was the first time I had seen it bloom.

Here’s a view of the whole operation:

Welp, that’s about the size of things.  I’ll keep updating as the crops grow! 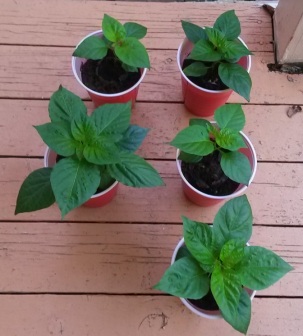 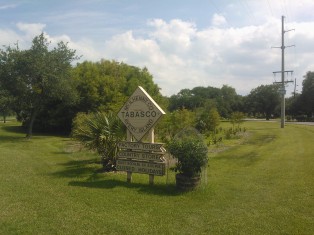 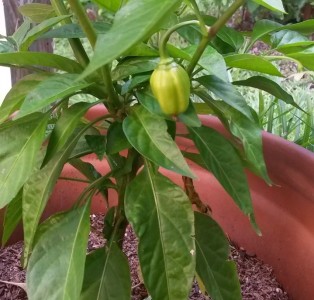 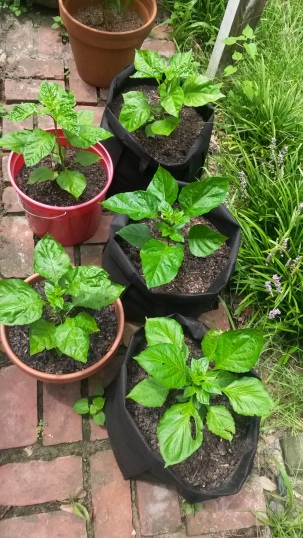 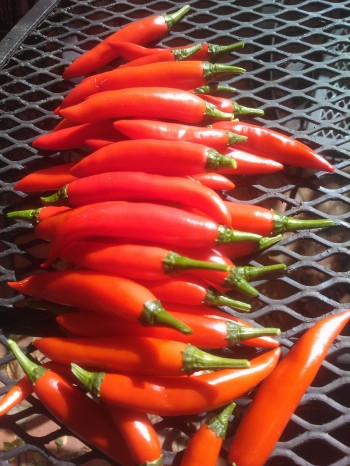 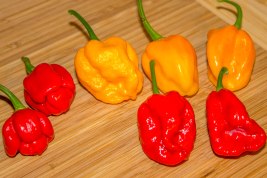 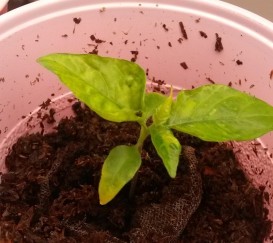