It’s been a week or so since my last post, but fear not, the sprouts are still sprouting!

After I had a good amount of the “hooks” pop out of the dirt, I moved them into plastic cups.  I have some seedlings I left in the greenhouse box as well, just for comparison sake.  One thing I did have a problem with was the seed casings not falling off of the baby leaves (cotyledons, not “true leaves”), I read this is most likely to the seeds not being planted deep enough.  When planted a proper depth, the casing is held by the soil and the leaves escape.  Pictures, in order of oldest to newest.  Watch Papa’s Peppers grow before your very eyes!

The photos are camera phone quality, I apologize.  You can see the casings still on some of these younger photos. 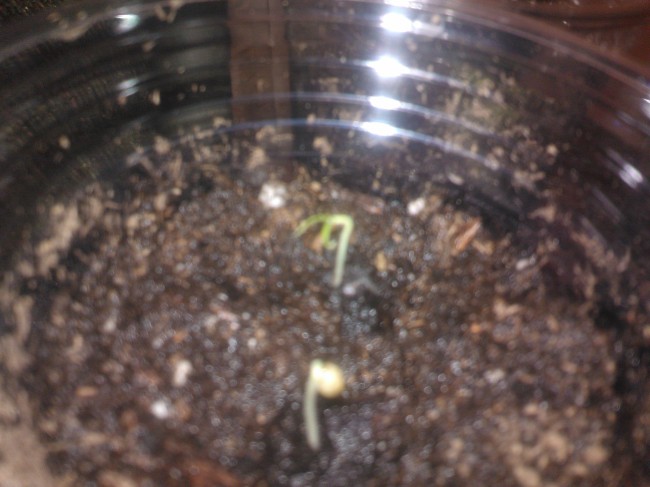 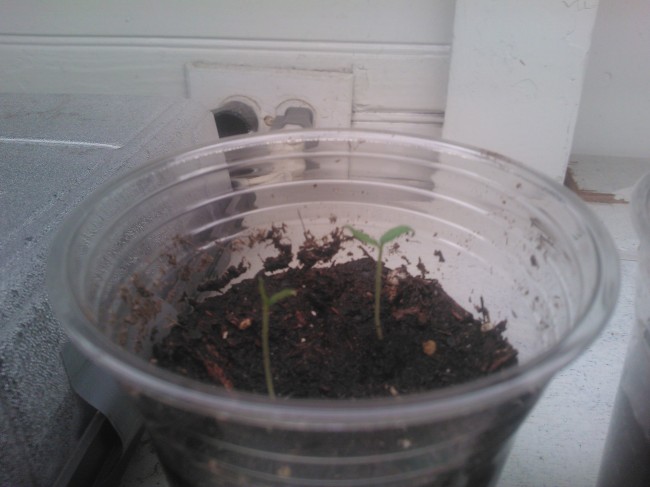 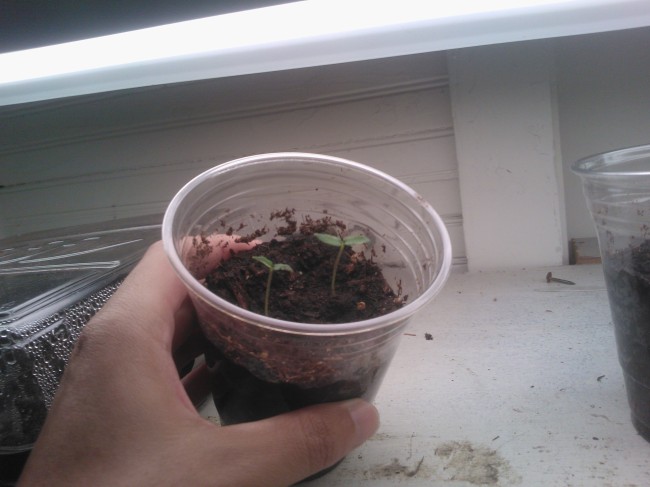 In the above you can see the first set of “true leaves” starting to form!

I have 4 cups with 2 seedlings in each, and a couple other Trinidad Moruga Scorpions in the greenhouse box, as well as some Cajun Belles (the Cajun Belles are in the 4 corner pods in the box)

So hopefully the end of this week the scorpions will be ready to start the “hardening off” process.  For now I have them under fluorescent lights in the laundry room, which is attracting alot or bugs since it is outside.  Hardening off is the process of gradually exposing the seedlings to real outdoor conditions like sunlight and wind, usually starting with as little as half an our at a time.  Can’t wait to get them outdoors and growing!

As for the other plants, here is a shot of them nice and thirsty: 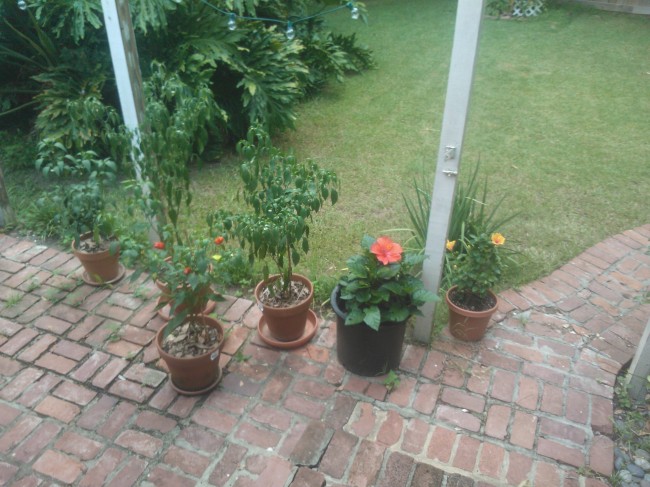 One thing I have learned is that pepper plants don’t like too much water, so now I wait until they are wilting to water.

I did try a slice of my first ripe cayenne that had that weird spot, it was spicy, just like papa likes. 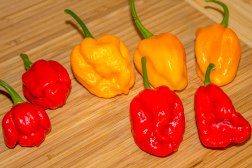 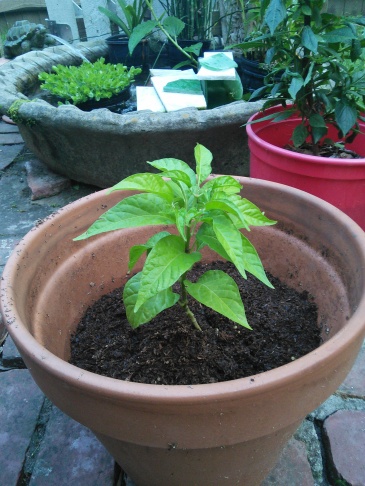 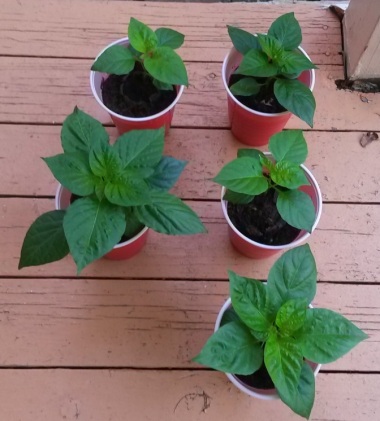 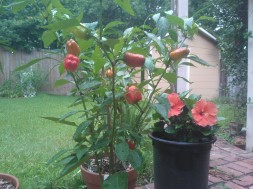 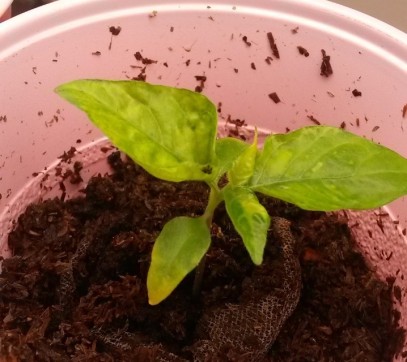